Until this year I hadn’t been abroad since 2014. Four years. But now I’ve been twice, TWICE, in one year. And I’m absolutely loving it.

Okay, I really do love travelling but I always struggle to scrape together the money to go abroad. The flights, the accommodation and the food. It all adds up. On top of that, you have to be organised and put in the effort to sort it all out. Booking flights always ends up hurting my head and finding the will to organise everything overwhelms me.

On top of all that I always hate the language barrier. Mainly because I feel ignorant for not being to speak the language very well or at all. The majority of Brits going on holiday abroad make me ashamed of being from this country. They tend to be rude, ignorant and expect everyone to speak English for them. So, when I fail at speaking the language I end up feeling guilty. Then again, I fail at speaking English half the time let alone another language. My definite goal in life is to become fluent in another language.

Anyway, I ended up in Germany to see my amazing friends who are getting married soon and I’m going to be the photographer (yay!). I’ve been to Germany once before, a while back, when I visited the Cologne and Aachen Christmas markets. This time though was a long weekend to Landstuhl/Kaiserslautern and a day trip to Heidelberg. It was so so hot but super good. It was brilliant to see friends and now I’m back in the rainy UK I’m kinda missing them.

It also seems like wherever I go, dinosaurs follow. It may just be that I am constantly on the lookout for anything dinosaur related. Or in this case, everyone knows I’m obsessed with dinosaurs. Kaiserslautern has a dinosaur park! You heard correctly. Dinosaur park. Of all the places where my friends live in Germany, they live near a dinosaur park. Hell yes. It is one hell of a coincidence. 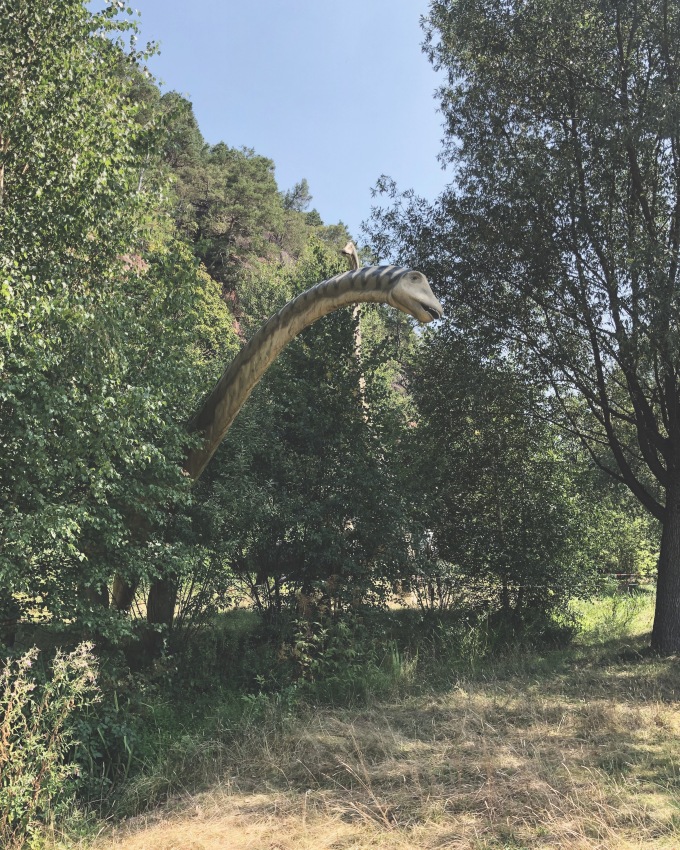 It was like 28˚C and sunny. I was dying somewhat as I’m definitely a cold weather person. However, this was a park literally filled with dinosaurs and Cenozoic creatures so I was 100% happy.

Also, if you ever want to visit an incredible Lego exhibition then this is the place for you. Literally rooms of Lego structures, including reconstructions of Star Wars scenes, and I mean rooms upon rooms. Yes, I am a big child at heart. But isn’t that the best way to be? I did have to avoid the shop at the end as I saw the Jurassic World Lego sets from a distance.

I mean, I know there are dinosaur parks around. My parents have pointed out that there is apparently one near where my brother lives down near Exeter too. So, that’s definitely one to tick off the list. There’s one in Portugal too! So, seems I’m going to have to be jet-setting again. Just kidding, I’m not sure I can afford that for another four years. And, on my door step, there’s a dinosaur crazy golf course in Nottingham which I’m going to have to visit (there will probably be a blog post for that one day).

But to sum up:

What are you waiting for?