First off, I want to apologise for not posting on this blog anywhere near enough. It’s so easy to get caught up in life that I forget to keep up to date with everything. Running The Cookieraptor is my passion but life has been getting in the way recently. I can’t explain how frustrating it has been. But, I’m back and let the geeking out about dinosaurs commence.

I haven’t been to anywhere near as many museums as I would have liked recently. Time and money have to go into a day trip and it has just not been easy to get our hands on either in the past few months. I haven’t even been to the Natural History Museum yet in 2019 which I think is the longest time I haven’t visited London since I started getting interested in dinosaurs (we’re heading to London very soon though which means I’m very excited). So, it seems to be that the only time we have to visit museums is when we’re headed near one. Which thankfully happened a couple of weeks back.

I’ve visited Manchester countless times but just never found the time to go into the museum. It’s stupid really. I don’t really have an excuse as to why we have never made the trip. Manchester Museum was amazing. I had heard good things about it, especially about the resident T. Rex ‘Stan’, but it was better than I expected. In fact, it has found its way into my top three natural history museums (see my full list of ranked museums here).

So, why do I think it is soooo good? Firstly, it is exhibited in chronological order according to the periods of Earth’s history (eg. Precambrian, Cambrian, Ordovician, Silurian, Devonian etc.) which just makes my brain so happy. My absolute favourite museum (Lapworth Museum of Geology) is laid out in exactly the same way so you can see how my brain works. With each period comes so many beautiful fossils and interesting information that I was overjoyed. And in the centre of it all… Stan. This T.rex, named after its discoverer Stan Sacrison, was discovered in the Hell Creek Formation and is the fifth most complete T.rex skeleton found to date. He is impressive. I love the way that Manchester Museum have displayed this cast as if it were in locomotion. It really enforces that Stan was once a living, breathing dinosaur. 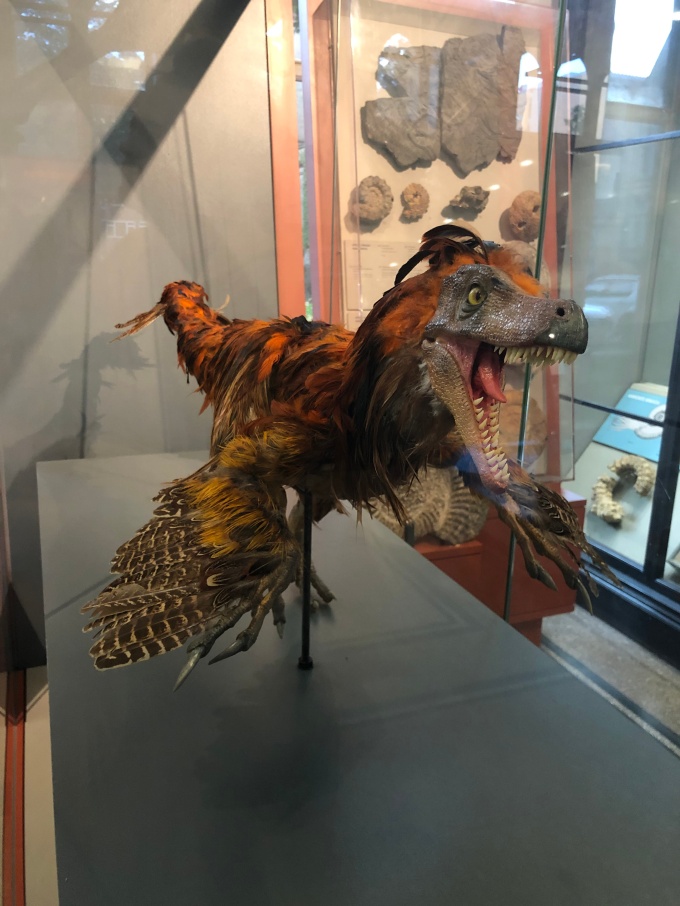 However, surprisingly, it wasn’t the natural history section of the museum which really sold it to me. It was the Living Worlds gallery. This exhibit explored the relationship between people and the natural world in such a refreshing way. In the cabinets on either side of the room was everything from taxidermy to photographs to paper cranes. I have never seen an exhibit laid out so beautifully.

Personally, I am usually not a fan of taxidermy. It’s just plain creepy looking at a load of dead, stuffed animals which sometimes look horrific. However, Manchester Museum proved me wrong. They have found a way to bring taxidermy, quite a traditional technique, into the 21st century. On top of each cabinet was a title (such as ‘Symbols’, ‘Peace’ etc. in the photo below) made out of lights which just made the exhibit pop. Each item was laid out perfectly, each bit of text explained the display effortlessly and I walked out of the gallery enlightened. It was the perfect mix of traditional and modern. I can’t fault it. 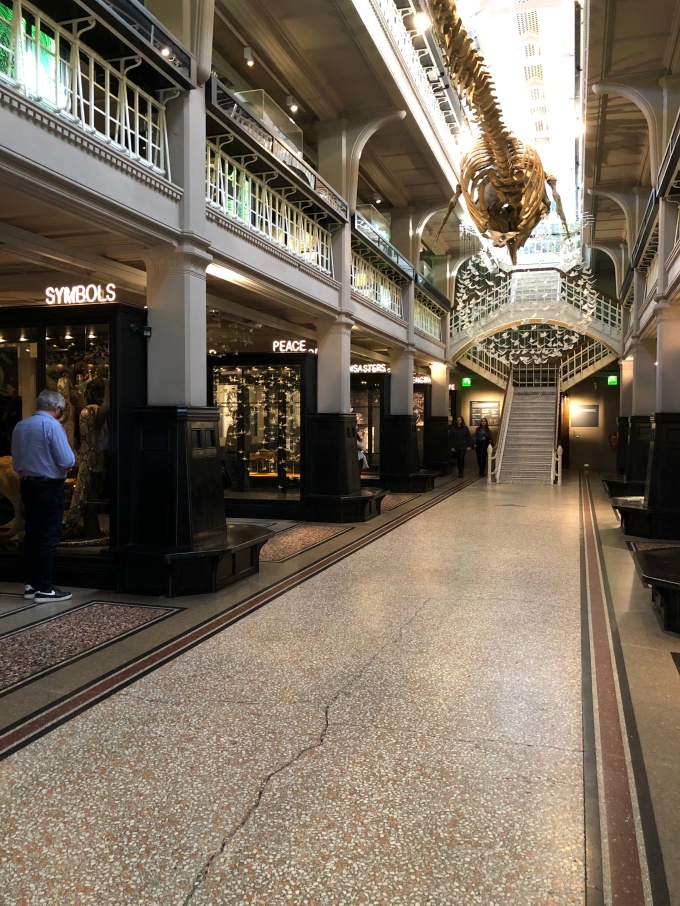 Beyond the Living Worlds gallery, there was a collection of living reptiles which was awesome. I especially loved the brightly coloured poison dart frogs. Then there was some more exhibits on taxidermy, which were displayed equally beautifully, and finally a cute little shop which is where I bought some amazing dinosaur socks. I have no regrets.

Would I recommend Manchester Museum? Without a doubt. I loved the information, the layout, the experience and the atmosphere. It was lovely. I honestly can’t fault it. I’ve called this part one because I intend on going back with my camera.